We are against our nature

Two football teams are playing a football match, which is being watched by the people of their respective nations. But what is surprising is that none of the spectators seems to be interested in the game itself. They aren’t enjoying the game because they are only interested in as to which country will win the match. If their team scores well they applaud, if not, they are disappointed. This shows their lack of interest in the game itself. They are only interested in their own team’s victory. This kind of vision leads to a distorted perspective

Our thoughts are contaminated

Primarily, the game is meant to be enjoyed, but you have turned it into a drama, you have turned it into a façade. What is meant to happen is not happening rather the opposite is happening. We’ve held on to the wrong side of the things. Meaning, we are acting contradictory to our nature and that is why our thoughts too have become contaminated. The same way, all along we have been interpreting life, God and religion too in the wrong way. Hence, the end result also is corrupted.

The man has been relentlessly pursuing the wrong beliefs and opinions since ages. But in reality, whatever he is doing is wrong. This being the case, our views are also perverted towards education, sex, women, health, love, humanity, patriotism, mother, cow and nation. The result being that man has everything but humanity. 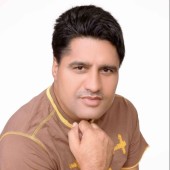 Our life is full of lies

There will be no jails

Your discipline is fake